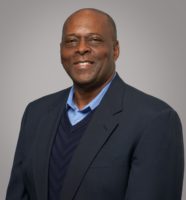 Make sure you study the issues important to your college, get to know your fellow trustees and always make decisions based on what’s best for the students and community.  That’s the main advice that Sam Dickens, who has served on the Nash Community College Board for 20 years, would give to new trustees.  For him, that commitment and love of our colleges has actually become a family tradition.

Dickens, Vice Chair of the NCACCT Executive Board and Chief Operating Officer for OIC of Rocky Mount, has had several family members who have been involved with the community colleges, from his father and two siblings, to his own children.

Dickens’ father was a carpenter and builder in the Nash County community. Aware of his skills, Nash Community College asked (the senior) Dickens to teach a carpentry class at the school. After one year at the school, however, Dickens realized that teaching “wasn’t for him,” and thus he returned to his previous vocation. However, the familial connection to community colleges did not end there for (the junior) Mr. Dickens, whose brother and sister graduated from Wilson Community College. Additionally, Dickens’ daughter also attended Nash Community College. His twin boys are currently at Nash and plan to follow their sister’s footsteps by transferring to East Carolina University in the fall.

Dickens’ personal interaction with the community colleges is a similar parallel to his dad’s story. Sam Dickens was a manufacturer for the data and telecommunications industry. One part of his business’s specialty was to attach wires to electromechanical assemblies (soldering). He was approached by Nash to train some of his employees because soldering was very technical. So, Dickens took the time to teach others about his expertise at Nash Community College.

As for his thoughts on whether becoming a trustee is what he expected, Dickens stated that when he first became a trustee, he thought it was going to be a “normal” position. For example, he thought he would show up for meetings and have discussions. However, what he didn’t realize was the responsibility he was undertaking. In Dickens’ words, “Every decision you make affects not only the college; it affects the students; it affects what’s going on in the community. It affects the lives of so many people who are trying to make change that you really don’t think about when you first get on the board.” Dickens went on to say that being on the board of trustees affects generations of people. He specifically spoke about how he sees the results of the trustees’ decisions at every graduation—how the “decisions you’ve made have changed and affected the lives of so many people.”

Funding and enrollment are the top two issues that Dickens believes NC community colleges are facing right now. He says these two issues go hand in hand, and they haven’t changed. He stated that trustees want their colleges to be relevant, up-to-date and able to serve the needs of its community. However, funding is needed to support those desires. He went on to say that growth is related to funding. “If you don’t have people, then you can’t get funding; if you don’t have funding, then you can’t get the people.” Therefore, he said that in order to get both funding and enrollment, the community college must constantly tell its story better than anyone else.

The community college is important to Dickens because it changes the lives of not only the people who are currently in the community, but it changes the lives of generations to come. Dickens states that Nash Community College is life-changing to all the people who are involved at the school, from the groundskeepers to the staff members to the president. He says that the community college is important to him because it can help create a different lifestyle for families of anyone who walks through its doors.

One thing that has surprised him, however, is the amount of “study” time required to be a good trustee. He discussed how important it was for trustees to study committees, the general assembly and local politics and that to understand those things well takes a lot of time.

When asked about what he was most proud of at Nash Community College, Dickens had difficulty narrowing down the school’s accomplishments. He said he is proud of how his board of trustees communicates with one another. He is also proud of how the president and staff have kept Nash Community College on the cutting edge of what’s needed in the community, as well as providing training to the people and industries of the community to ensure the college’s relevancy. Because of those efforts, he said that Nash has been a college that has been lucky enough to experience growth. Dickens said he is proud that the college is a “visionary institution.” Additionally, he spoke of the college spirit on the campuses and the pride of the students and staff. He said their pride “illuminates across campus.”

If were to give advice to a new trustee, he would have three suggestions. His first piece of advice would be to take your time and learn about your new obligation. When he first became a trustee himself, he said the amount of “study” time required to be a good trustee surprised him. However, he recommends that new trustees take time to learn about their college and what your obligations are. A trustee has to remember that there are real consequences to his/her actions. His second piece of advice would be: learn your college and know it. Don’t compare your college with other colleges. Know why your college is there, and know the people you serve. He also said you must learn about your fellow trustees. His final piece of advice to a new trustee would be to remember that every vote you cast and every decision you make should be for the advancement of the students and the community. “It’s not about you,” he said.

On a lighter note, Dickens said his favorite way to relax was to go to the beach and to the ocean. There you will find him enjoying his favorite hobby—recreational saltwater fishing. At one time, his favorite hobby was small-game hunting. However, more recently he was introduced by a friend to pier fishing on the North Carolina coast and has fallen in love with it.

One of his best vacations ever was on the beach, but not a North Carolina beach. Dickens said when his twin boys were about three years old, he took his family on an all-inclusive Sandals vacation to the Turks and Caicos Islands. He said he took the vacation at a time when he was buried in his work. Going to a location where people could barely get in touch with him was great; perhaps even better was that all he and his family had to do each day was wake up and decide what to do that day. Dickens said his daughter (who is now almost 40 years old) still talks about that vacation.

As for a bucket list, Dickens seems to already have a full bucket! He said that he really doesn’t have a bucket list. “I have done so much,” he said. “I’ve experienced a lot. If God doesn’t let me do another thing, I’d be happy. I’m good.” I suppose that is why what he is most personally proud of is how all the things he has been able to do and be a part of has blessed his family and others.

Some of the best advice Dickens said he’s ever received came from his father. When his father saw his son progressing in life, he told him, “Of all of [your] getting, get understanding. When you’re making money and buying stuff, while you’re doing that, get understanding. Be able to sit down in any situation and understand what’s going on. Then you’ll know how to respond to it.” As a result of his dad’s words of wisdom, Dickens learned the importance of listening more than talking.

An interesting fact about Dickens that fellow trustees may not be aware of is that he is an associate pastor at his church (since 1998), as well as one of the lead singers in the choir. (He sings tenor). His interest in singing began at the age of 15 when a good high school friend’s dad told him if Dickens was going to be friends with his son, he was going to learn to sing. Dickens has been singing ever since.