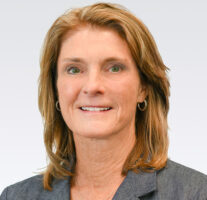 A Richmond Community College (RCC) trustee since 1998, Claudia Robinette’s appreciation for the community colleges began when she saw how her mother’s job as a basic skills instructor at RCC improved the lives of students—both financially and professionally. In spite of her being aware of how community colleges could change lives for individuals, after becoming a trustee, she was surprised to learn the extent to which community colleges impact local communities. She realized that if it were not for the community colleges, a large group of people would not be educated or have the job skills necessary to provide for their families.

Robinette is extremely proud of the leadership and staff at RCC. She is impressed at how RCC attracts such quality people to teach and to be a part of RCC’s staff, stating that some even travel as far as two hours to get to work. She values the college’s ability to adjust to situations like the pandemic in order to produce the best results for the school’s students and community.

Her admiration for community college students seems to be similar to the pride she has for the RCC leadership and staff. When asked who she most admires, she said she had thought about that for a while and always came back to this response: “Every time I go to the community college and see the students who are working—many of whom have families—and are still going to the community college and trying to do something good for their families, they are who I most admire.” Robinette admits she does not know that she would be able to do that herself; it takes a lot of commitment.

At RCC, Robinette would like to see the college add more training space for students. “It’s important to look for things that are on the horizon that can keep the college, community and students moving with the times,” she says. She believes we need to be adaptable to the job market and ready for whatever the future holds in order for people to find better and higher-paying jobs. She also believes it is key to work and partner with private enterprise to create programs for training potential employees in shorter periods of time like community colleges can. “Companies realize that about community colleges,” says Robinette, which in turn, helps our economic development. She says that quick training benefits employees, employers and the community.

Robinette also praises the community colleges’ abilities to culturally enrich communities and to improve peoples’ qualities of life, citing events held at RCC’s Cole Auditorium. The college is an “identity for a community. It’s not just a school; it’s a source of pride for everyone,” says Robinette.

Like many of her fellow NCACCT executive board members, Robinette believes enrollment and funding are two of the biggest challenges for community colleges right now. When asked about advice she would give to newly appointed trustees, she first said to become educated on the community college system as much as possible and to be involved with the North Carolina Association of Community College Trustees. She also said, “Attend the conferences, read the literature, and keep up to speed with what’s going on in the community colleges. You have an obligation to be involved and to support the local community college by attending things like graduations and other functions. It means a lot to staff and students.” Additionally, Robinette reminds trustees to realize the role of a trustee and the role of the president. “Don’t be a micromanager,” says Robinette.

Robinette and her husband of 36 years, Kenneth, own C.F. Smith Property Group, a commercial real estate firm with properties primarily throughout the Carolinas. Her family is what she is most proud of in life. The Robinettes have an adult son, Neil, who lives in Pinehurst with his wife, Catherine, and their two children, Claudia and Beverly. The Robinettes’ daughter, Gabrielle Goodwin, lives in Waxhaw with her husband, Matt, and their two children, Madelyn and Grey.

In her free time, Robinette enjoys traveling, reading, walking at the mountains and the beach (her two favorite places to relax) and spending time with family and friends. Since Robinette enjoys traveling, she says she would really like to visit some of her family’s ancestors in Scotland and Ireland and see where they lived. Additionally, although she has visited many of the 50 states in the United States, she would like to visit them all. Finally on her bucket list, she says she wants to learn how to ride a horse so she can do that with her family and not be awkward like when she tried to do some trail riding recently in Blowing Rock!

A couple of interesting facts about Robinette include that she lived in Colombia, South America for about a year and a half after enjoying living there while interning with a pharmaceutical company. She returned to Colombia after her internship and taught English at a learning center. The other interesting item to note about Robinette is that she flew a plane at the age of 15. Her father flew a plane, so Robinette also wanted to learn to fly. She took flying lessons and soloed before she was ever able to drive a car! However, her interest in flying waned when a cross wind came up during a landing one day. She said she would not do it now again for anything!

When questioned about the best advice she has ever received, Robinette had a few she wanted to share. First she said her father always said, “Give me the bad news because the good news will never hurt you.” He also said, “The best money earned is the money that you save.” Finally, Robinette’s own personal advice: Always read the instructions before you start doing something.

Finally, Robinette wanted to share that she believes that our future is definitely going to be dependent upon our community colleges, especially now. “People don’t have to have a four-year degree to necessarily be successful,” she says. “I think the stigma is gradually going away.” Robinette is also on the board at Wingate University, so she sees higher education from both the community college and the university perspectives. She says the agreements between the community colleges for students to transfer to universities helps make the higher education process seamless. The possibilities for students are “exciting,” says Robinette.