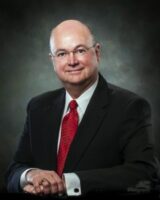 In his 12th year as a James Sprunt Community College trustee, Ed Emory says he has been (pleasantly) surprised to learn two things since becoming a trustee. First, he has been surprised to learn the depth of the course offerings that our North Carolina community colleges have to offer. Secondly, with the advent of the Career and College Promise program, he has learned that high school students can get college credits and can even graduate with a two-year degree—a fact he shares with high schoolers he encounters.

Spending his entire career in education, Emory sees the opportunities community colleges can provide to both college-age students as well as to older adults. He also sees how community colleges help sustain local economies by providing continuing education for workforce development. Emory says that while trustees need to work together for statewide funding, they also need to show the individual county governments how much their contributions are appreciated and how essential they are to the success and growth of our community colleges.

Serving as a trustee has given Emory the chance to be involved in selecting a college president, which he believes is a task of the utmost importance. Selecting and supporting a good president results in a growing faculty and staff. That, in turn, supports the students, which as Emory puts it, is “what we’re all about.” Emory has also come to understand that setting policies and providing leadership and support to the president is also an invaluable part of being a trustee.

Emory also commented that he has been glad to be involved with the North Carolina Association of Community College Trustees because trustees do not “come to the table” with the complete set of skills of how to be a good trustee. “The Association provides us with the important training we need,” Emory says. He says it teaches trustees about organizational and board development and makes trustees more effective by informing them about state and national issues that relate to community colleges.

Showing community college employees and students that they are valued is an issue of concern for Emory. He says when we look at our employees, we need to focus on how to raise their salaries to increase capacity to serve our students. To show our students they are valued, he says we must first eliminate enrollment barriers so they can be successful. We also must consider diversity, equity, and inclusion. “I don’t think those are just the buzzwords of our time,” says Emory. “We have to make sure every student feels welcome and safe and that they have the resources they need to succeed.” Then, he says, our students will be successful. He says to eliminate barriers, we first must develop relationships with students and parents in elementary, middle, and high school, and make them know what a significant resource the community colleges are–especially now that we have dual enrollment and early college high school. He says it is important to show students they can obtain college credits and that they can save money while doing it.

As a James Sprunt Community College trustee, Emory says he is proud of the family approach his college takes when someone becomes a student there. When students enroll, they become a part of the “James Sprunt Family,” and he appreciates how the school does all it can to ensure their students’ successes. He would love to see the workforce development program continue to grow at James Sprunt as well as see growth in their high school recruitment.

Although Emory officially retired in 2009, that does not mean he has stopped working. He was president of the NC Farm Families organization for three years. He also works part-time for the University of Mount Olive’s agricultural program. There he coordinates the AgPrime Tobacco Trust Fund grant program for farmers in 33 eastern North Carolina counties. He also works with county governments to develop farmland preservation plans.

In his free time, Emory likes anything relating to Wolfpack sports. He also enjoys working on his family’s farm in Carteret County. Emory loves to be with family and friends, and he enjoys being outside. He even started a 25-member golf travel group 32 years ago that is still going strong. The group, who all happen to be from Duplin County, gather annually in Pinehurst.

Emory also loves to travel. He recalled a trip to Eastern Europe about five years ago that he says was his best vacation. Learning about the history and cultures of places he had never thought to visit before was so interesting to Emory. He also recollected the surprise he felt when he visited Cuba shortly after the country’s reopening. Being made aware of all that Cubans had forgone for so long made him feel a compassion for them that he had not expected. Emory’s love of travel is infinite to the point of stating that if anyone says to him, “Let’s go there,” he will say “Yes!” It does not really matter to him where they are going; he just likes to go!

Too humble to really use the word “proud” to define any of his life’s accomplishments, Emory states he truly has had a blessed life. He says he is happy to be involved in a community where he can give back just a portion compared to what has been given to him.

Advice he would share with a new trustee would be analogous to the best advice he ever received from former County Extension Director Lois Britt, which was, “Never stop learning.” His advice to new trustees would be to learn by attending all the board meetings you can, be an active member of the NC Association of Community College Trustees (NCACCT) and if you are able, be involved in the national Association of Community College Trustees (ACCT). Being active in these groups, he says, provides valuable tools and relationships that will help you be a better trustee.