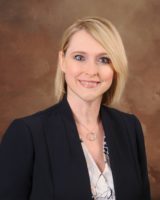 Julie Woodson has served as President/CEO of the NCACCT since November 2017.  Previously, she worked with the association as Director of Communications and Special Projects and was named NCACCT’s Executive Vice President in 2014.  A native of Sanford, she is a graduate of The School of Journalism at the University of North Carolina at Chapel Hill and worked previously with four other statewide membership associations: The NC Association of Realtors, the NC Pork Council, NC Citizens for Business and Industry (now the NC Chamber) and the NC Association of School Administrators.  Julie has worked for the last 20 years within these membership associations in the areas of communications and legislative advocacy, having served as director of government affairs, director of public affairs and director of political communications.  She is a 2000 graduate of Leadership North Carolina and is a graduate of the NC Education Policy Fellowship Program, the only statewide program of its kind that focuses on leadership and professional development in the context of education policy.